On September 4, the political advertising window opened on Boston television and radio stations.  This is a 60 day period leading up to a general election when broadcast stations licensed by the Federal Communication Commission are obligated to offer candidates for national office the opportunity to buy commercials at the lowest unit rate (LUR).

For example, if a high-frequency advertiser like McDonald's earns the lowest rates on a particular Boston radio station during morning drive-time, then any candidate for federal office must, during the 60-day political window, be offered the same rate for morning drive time on that station, regardless of frequency.

If, however, the McDonald's rate is contingent on the radio station's ability to pre-empt commercials without notice, then qualified candidates must agree to identical terms to receive the same rate.

To facilitate the purchase of commercials on Boston radio, stations will supply candidates with a political rate-card.  This card will show the LUR by time of day and by preemption parameters.

Here are other important facts about political advertising on Boston radio.

There are more than 4.3 million registered voters in the Boston area. According to Nielsen, Boston radio reaches significantly more of these registered voters than all other media, including local television pay-TV, newspaper, social media platforms, and streaming audio sites like Pandora or Spotify. 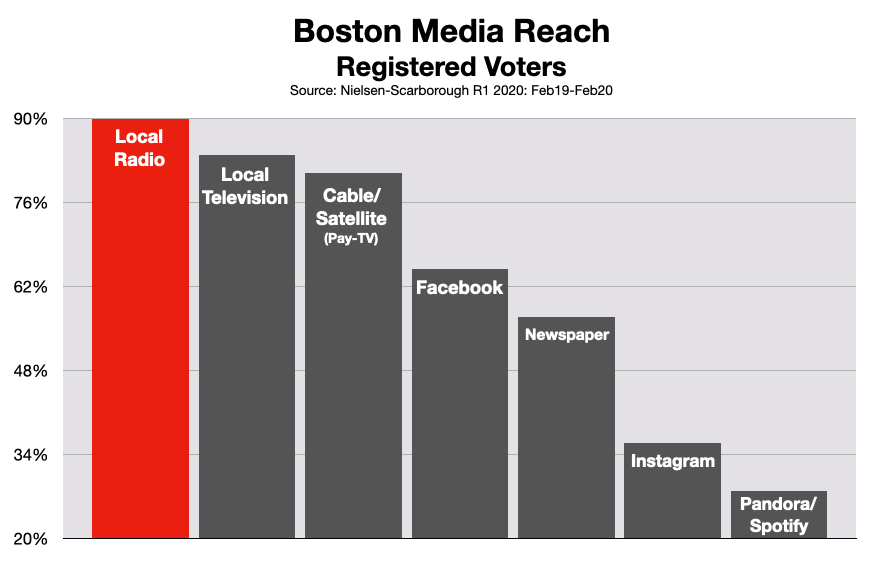 To be elected, however, requires candidates for every office to share their message with those who are not only registered but who are likely to vote.  Advertising on Boston radio will reach, by far, the most voters who can be counted on to show up on election day. 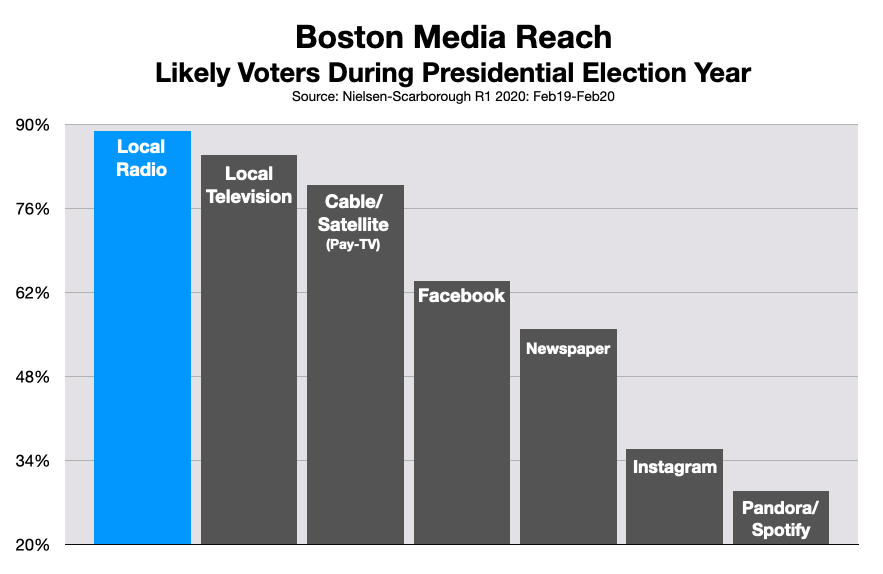 Advertising on Boston radio allows candidates to tailor and target their message to the largest number of voters of every party affiliation. 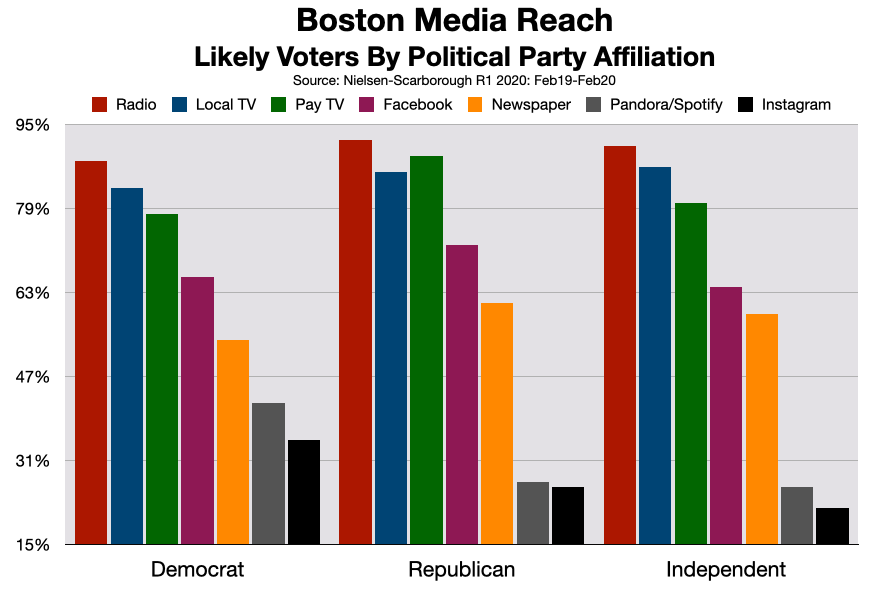 For candidates challenging incumbents in Boston area elections, radio advertising has shown to reduce any advantage the current officeholder might have.

A study published in the American Journal of Political Science indicates that when challengers for occupied offices advertised on local radio stations, the incumbent's share of votes decreased  considerably from their previous election.  The share drop ranged from 3.9% to 7.0%, depending on the amount of radio advertising purchased.

Over the last several election cycles, this loss of voter share experienced by the incumbents in the study could have been enough to sway the election in favor of the many challengers.

More Advice For Advertising In Boston