If you were one of the 3,543,709 consumers who tuned-in to a Boston radio station last week, then chances are you heard at least one commercial from GEICO, Progressive, or Liberty Mutual. That's because insurance is big business in New England.

Each year, Boston area consumers spend $6.9-billion to insure their homes and cars. That's almost $1500 for every area adult.

There is good news and bad news for the 8800 local insurance agents who are competing to earn a substantial share of the home and auto premiums consumers are paying.

According to Nielsen, 236,000 policyholders in the Boston area are planning to switch insurance providers during the next 12 months.

The good news is, there are over almost a quarter-million customers up for grabs. The bad news, an equal number could be leaving their current agent.

Whether local insurance agents need to limit defections or want to cash in on new client acquisition, they need to advertise. By every key metric, advertising on local radio is the best option. That's a fact GEICO, Progressive, and Liberty Mutual know for sure.

Last week, for instance, 94.8% of local consumers planning to switch insurance providers listened to a Boston radio station. This is significantly more than watched local TV, read a newspaper, browsed social media, or streamed audio from Pandora and Spotify. 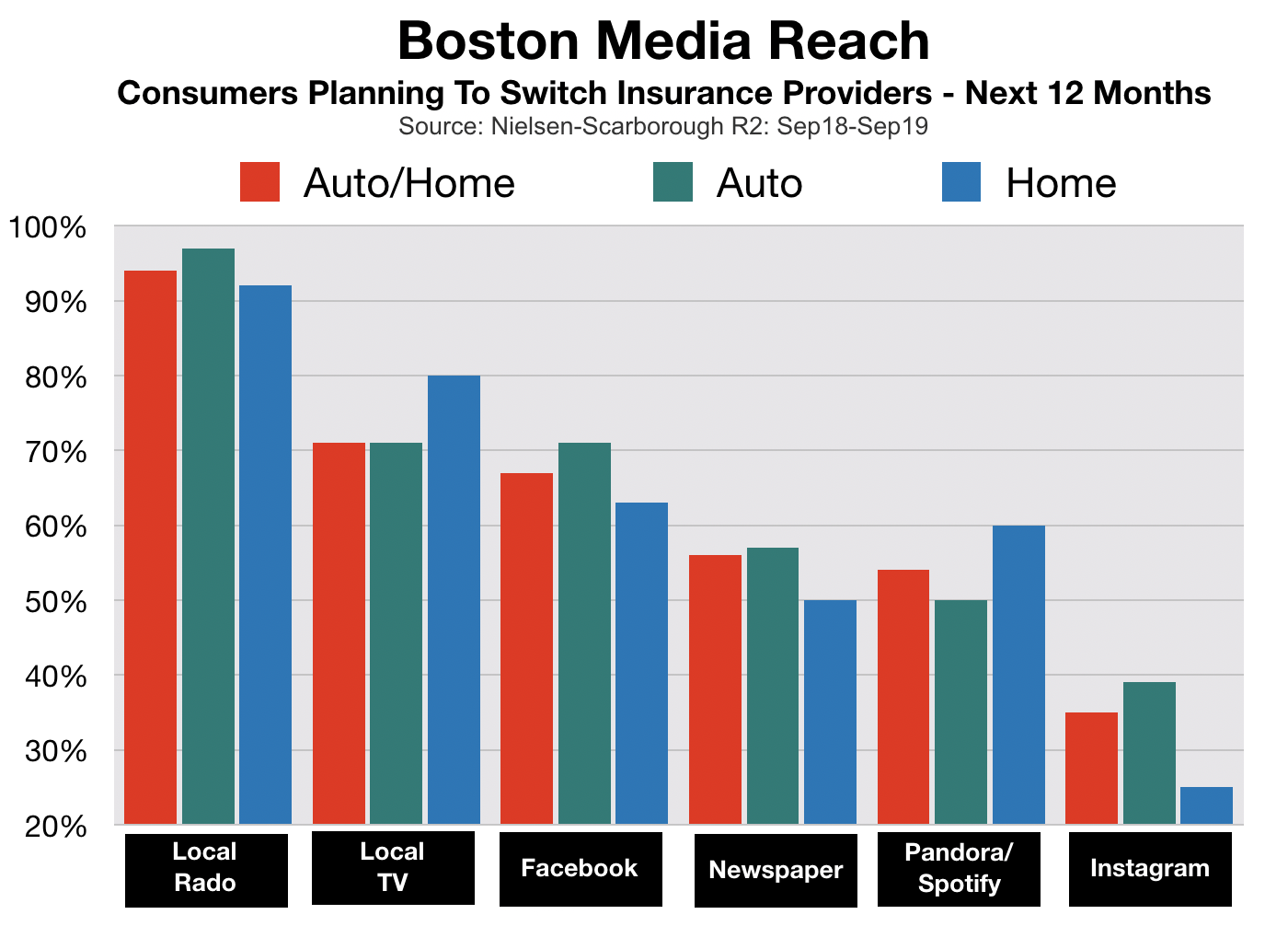 Even among millennials, Boston radio reaches, by far, the most members of that generation who are planning to switch insurance providers over the next 12 months. 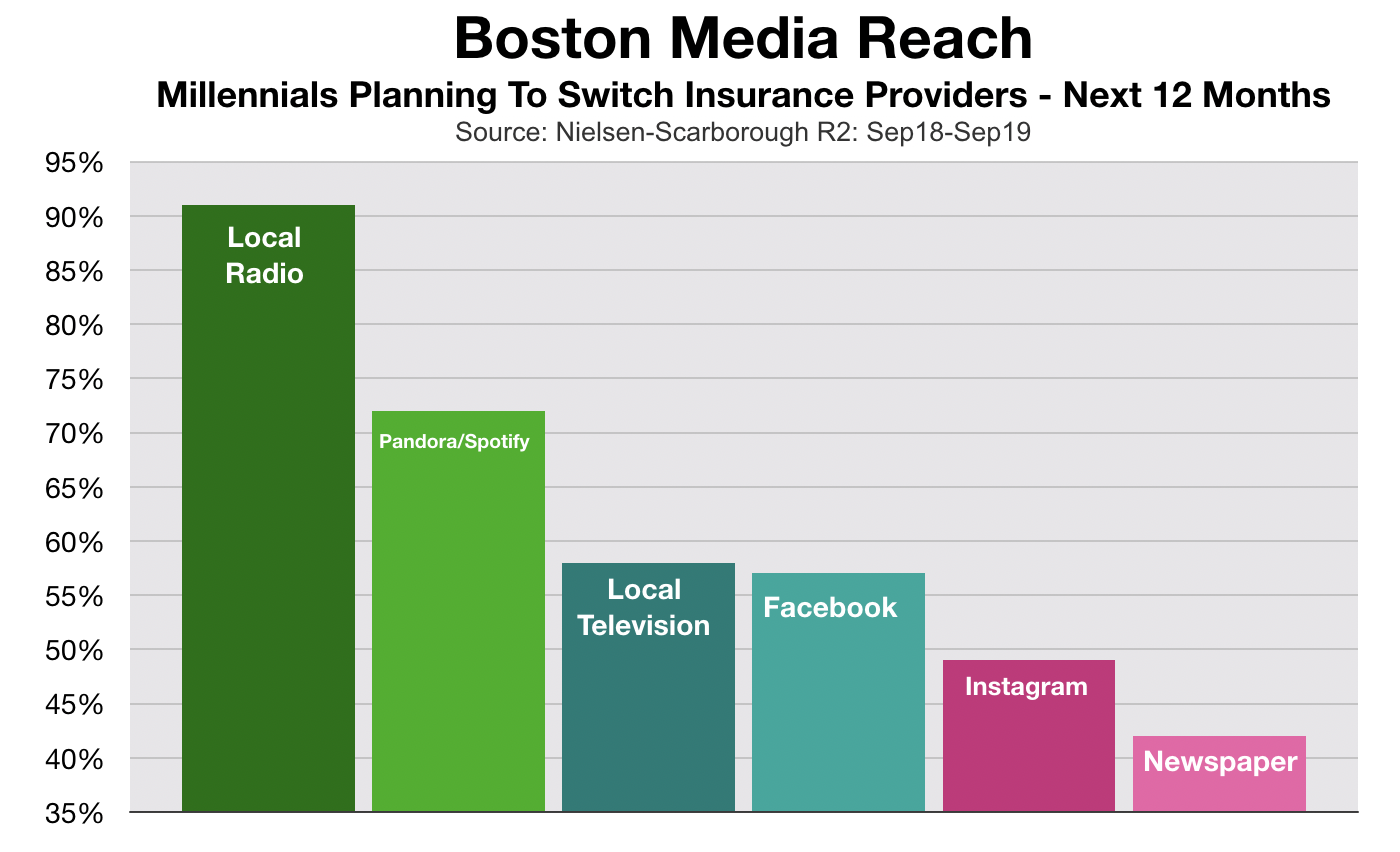 There are many reasons a New England consumer might switch insurance providers including, price and service. But, regardless of the reason, those buying a new home or vehicle are the clients most at risk.

Among those consumers who plan on purchasing a home or car over the next 12 months, Boston radio dominates their media selection.

Radio's strong reach is why Deloitte, the world's largest business consulting firm, recommends that "radio advertising should be a big part of the mix for those buying advertising."

"Radio’s weekly reach, the percentage of people who listen to radio at least once per week, has been remarkably stable in the United States," says Deloitte. "Not only has reach hovered around 94% for the last few years, but that number is essentially unchanged from the 94.9% percent figure in spring 2001 when Apple introduced the iPod."