Boston's first radio station, WBZ-AM, began broadcasting on September 15, 1921.  The process of getting the station's programming from the studio into the home of local listeners required tall-transmitting towers with miles of underground copper wire in the middle of massive fields.

For the next 72 years, this massive investment in real estate, steel, and cooper was the only method of delivering a radio advertiser's message into the ears of Boston consumers.

In 1993, however, new technology permitted Boston radio stations to augment the reach of their tall towers by simultaneously streaming its over-the-air programming via the internet. This provided local consumers with the choice of listening to their favorite stations on their car radios, clock radios, and boom boxes or on an internet connected devices like computers, smartphones, or tablets.

Today, based on estimates from Edison Research, 11% of listening to local radio stations occurs on a streaming media device.  The ability for AM/FM to migrate from their tall towers to internet streaming allows Boston radio to reach more local consumers every week than all other media.

END_OF_DOCUMENT_TOKEN_TO_BE_REPLACED

There are 33 radio stations in Boston. Each provides a unique format of news, sports, music, entertainment, and inspiration. Some stations broadcast in English. Others serve Spanish speakers. Some stations cater to millennials. Others appeal to Baby Boomers.  No doubt, there is a local radio station that fulfills the preferences of every listener.

Despite the abundance of Boston radio stations to choose between, Nielsen reports that, on average, adult consumers only listen to 2.5 each week.  So, which stations do local consumers choose?

END_OF_DOCUMENT_TOKEN_TO_BE_REPLACED

Smart Speakers: What Boston Consumers Are Listening To 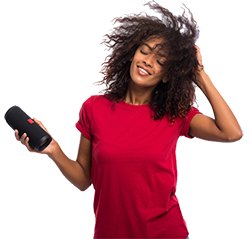 Over 950,000 consumers in the Boston area now own a smart speaker. Ownership of these devices, including Amazon Echo and Google Home, has grown five-fold since the beginning of 2017.

According to Adobe Analytics, significantly  more consumers are asking Siri and Alexa to play music than any other activity.

Many New England small business owners depend on local radio to advertise their goods and service. So, how does the use of smart speakers as an audio device affect their radio advertising's ability to reach local consumers? The answer is: none at all.