Digital Advertising In Boston: How To Get Found Online 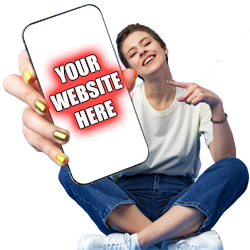 Last year, $2.9 billion in marketing was spent online to reach Boston area consumers, according to projections based on the 2021 IAB Internal Advertising Report.  This is 35% more than was spent during the prior year.

There is a correlation between the massive amount of money being spent to reach Boston consumers online and the extraordinary amount of time that these consumers are connecting to the internet via websites and apps.

According to Nielsen, 55.1% of Boston adults are spending 10-plus hours during an average week online. Furthermore, The Pew Research Center, a public opinion research company, reports that one-in-three consumers say they are online constantly. A 50% increase from 2015.  In all, 85% of consumers say they connect at least once daily.

To successfully market and advertise a Boston business on the internet requires a full-scale understanding of precisely what online marketing is.  Spoiler alert, having a website or having a social media site is not enough.

Patrick Eastburn is a Vice President of Beasley.Digital, a leading online advertising company serving the Boston area. He likes to compare digital marketing to Las Vegas.

"The Las Vegas economy is completely dependent on tourists being able to travel there easily. This is no easy task since the city is in the Nevada desert. Literally, in the middle of nowhere".

"A Boston company's website has much in common with Las Vegas," says Mr. Eastburn. "At any given time, there are more than a billion live websites and social media accounts. Consequently, a single site is in the middle of nowhere. Just a single grain of sand in the digital desert."

Savvy Boston business owners realize that having a website is not enough. Like Las Vegas, websites need a strategy for bringing in consumers. A digital equivalent of an airport and a highway.

Most journeys to a Boston company's website start with a Google search. According to MOZ, a leading online marketing company, 84% of consumers do a Google search three or more times per day.

"When most Boston consumers come to Google, they will enter something like lawyers in Dedham or plumbers near Newburyport," says Mr. Eastburn. This is called a CAT/GEO search, short for category/geography."

After consumers enter their search query, in a fraction of a second Google will return a Search Engine Results Page. This page is usually reduced to the acronym SERP.

"A SERP is usually divided into three distinct areas," says Mr. Eastburn. "Each section is either a highway or a plane ride to a Boston area company's website."

The top section of a SERP is reserved for SEM or Search Engine Marketing results and sometimes local service ads. The content in this area consists of paid advertisements for companies who entered into an instant auction via Google AdWords to be placed there based on the actual words and phrases the consumer entered into the search.  The bidding company pays for these ads each time the visitor to the page clicks on it.  This is known as Pay-Per-Click advertising or PPC.

"When a consumer clicks on one of these SEM ads, they are directed immediately to the sponsor's website," says Mr. Eastburn. "This is like the airport in Las Vegas. It is the fastest way to bring visitors to a site."

The number of SEM ads on the SERP is limited to just 3 or 4 at the top. So, Google determines which company's message will actually be shown based not only on the amount of money bid in the auction but also on how relevant it is to the consumer's search request. Remember, Google only gets paid if an interested consumer clicks on the ad.

Once consumers scroll past the SEM section of the SERP, they arrive at the map section.

"The map is the second section of the results page," says Mr. Eastburn, "But, as far as digital marketing is concerned, it's usually the least important section.  The map is only important to a consumer when location is a deciding factor in a purchase decision."

"For instance, if someone is searching for dry cleaners, they will want to find one within proximity to where they live or work. Nobody is going to travel 20 minutes to have their clothes cleaned. On the other hand, if someone needs a personal injury attorney, location is not a crucial factor."

Following the map on the SERP is the Search Engine Optimization (SEO) section. These are also called organic results because they can't be purchased. Google combs the entirety of the internet to find the highest quality websites that best fulfill the user's search request.  It then delivers these results in order of quality. The ten best results are posted on the first page.

"The SEO section is vital to the success of a digital marketing campaign for every Boston company because 62% of all consumer clicks happen on this part of the page. Placement can't be bought in this section, but a company can actively manage the elements of their website to receive the highest possible Google consideration", says Mr. Eastburn. "Google only will place the highest quality sites on page one."

Google uses dozens of metrics to determine the quality of a website, but most of them are secret and constantly changing. There are, however, some SEO tactics that have proven to be successful. This includes:

"SEO tactics are like the highway to Las Vegas," says Mr. Eastburn. "It takes a longer time to get to where a company needs to go, unlike the airport of SEM, which puts a company on the first SERP quicker. But, SEO cannot be ignored because that's what leads to the most consumer clicks."

"Furthermore, smart digital marketers know that SEO is not a single occurrence, it needs to be managed continually."

SEO and SEM are just two of the many online marketing tactics Boston area companies can do to be far more than a grain of sand among a billion other websites on the internet.