Today, thousand of local companies still invent in radio advertising. Partly, because it reaches 3,543,709 consumers every week, significantly more than any other medium. But, also because commercials on Boston radio are effective.

"We are now the largest independent lumber business in New England," says Steven Kaitz. He and his sister Margie Kaitz-Seligman are co-CEOs of Mansfield based National Lumber.

"Advertising has been part of our continued growth over the past 25 plus years," says Mr. Kaitz. "Advertising on Boston radio is, by far, the largest part of what we do. It allows us to reach both builders and homeowners."

National Lumber was founded with a single lumber yard in Roxbury by Mr. Kaitz's Grandfather in 1934. Since then, the company has expanded to 14 locations throughout Massachusetts, Rhode Island, and Connecticut.

"I knew if we invested in our advertising, we could increase our credibility among local home builders," he says. "Our goal was to be perceived as big enough to supply the biggest construction projects while offering competitive pricing."

As a result of radio advertising, the company's primary marketing medium, Mr. Kaitz discovered that the National Lumber sales reps began to have an easier time making appointments with new customers.

"If you are going to build a business, you must advertise," he says. "I've seen this with Jordan's, and I've seen it with GEICO." 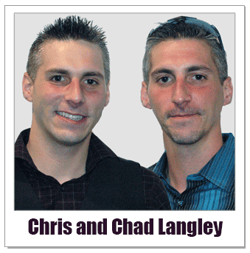 "Test strips are durable medical products, not drugs" explains, Chad. "It is perfectly legal for someone who has an oversupply to sell them to others as long as the boxes are unopened and weren't paid for by Medicare or Medicaid."

"We rely on advertising," says Chris, "to find these sellers. This is the only we can secure enough inventory to fulfill the constant demand from people looking to buy low cost supplies."

In 2017, with the mounting cost of acquiring inventory, the Langley's were not sure their company would ever turn a profit.

“We had run into a bit of a wall," says Chris. "The way we were finding suppliers and buyers was cumbersome and tedious.  We really needed something to grow."

"We knew to survive we needed to reach a lot of people who never realized there was an alternative market for buying and selling diabetic supplies That's when we first tried advertising on Boston radio."

"Our first campaign was on just one radio station, and the results way exceeded our expectations," says Chad.

Before advertising on Boston radio, the Langley's were bringing in about 100 boxes of test strips each day.  Once the first commercials went on air, that number jumped to more than 250."

Since Teststripz began advertising on Boston radio, they have not stopped. The company now utilizes four local stations. This includes DJ endorsements which, Chad says, "really adds credibility to our brand."

As a result of its commitment to radio advertising, the company sees increases in their flow of supplies every month, sometimes by as much as 400%.

The Langleys believe, if done correctly, radio advertising can work for other small business owners and start-ups. "If you want to grow your business. I can’t really see how radio can fail," says. Chris. 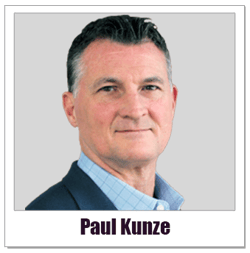 "Advertising on Boston radio has helped to build our company's name and reputation," says Paul Kunze. "Without radio advertising, no one would know who we are."

Mr. Kunze is the Vice President/Director of Sales and Marketing for IntraSystems, a Braintree, MA. The company provides computing-infrastructure and cybersecurity solutions to mid-market and enterprise-sized companies.

The company was founded by Mr. Kunze in 1996 along with his childhood friend, Jim Hanrahan, who serves as President of IntraSystems.

"Our first customers came from cold-calls I was making from Jim's living room. It paid off, though, the first year we brought in $600,000 in sales."

In an attempt to accelerate growth, IntraSystems began advertising on Boston radio in 2002.

"We were still a small company with only a handful of employees. We knew if wanted more customers, we needed to get our name out there," says Mr. Kunze.

"It's not that our phones started ringing off the hook. But our sales reps started telling me that it was becoming easier to make appointments with potential customers because they already knew who we were from our radio commercials."

"Here's how I know for sure radio advertising works," says Mr. Kunze. "I voice a lot of our commercials. It's not unusual when I meet with top executives at our client companies, for them to tell me they heard me on their favorite station. I'm talking about C-level people at big companies like Children's Hospital."

"Not too long ago, I received a call from a client I used to do business with ten years ago at Parametric Technologies. He has since moved to Worldpay. He told me he had just heard my radio commercial and needed help at his new company."

To make sure his advertising reaches these types of executives, Mr. Kunze typically uses three Boston radio stations. This includes inclusion in sports-related programming like the Patriots and the Bruins.

"When potential clients receive an email from us or see one of our banner ads, they are far more likely to respond if they already know about us from our radio ads."

"I credit the power of radio with helping us to achieve this type of growth trajectory," says Mr. Kunze. "Our typical contract is between $200,000 and $500,000.  So, we don't need to close a lot of new business to make our advertising investment payoff." 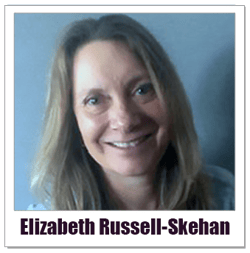 "We advertise on Boston radio because it brings in new customers," says Elizabeth Russell-Skehan, VP of Marketing at Russell's Garden Center. "We like radio advertising because the commercials provide us with enough time to explain all of the products and services we offer."

According to Garden Center magazine, Russell's is the 2nd oldest business of its kind in America. The company was established as a farmstand in 1876 by Ms. Russell-Skehan's great-grandfather.

Early in its history, Russell's became a wholesale business providing vegetables to Boston's Haymarket Square. The company also supplied fresh flowers to all of the FTD florists in the region.

"There isn't enough business in Wayland and Sudbury to achieve our sales goals," says Ms. Russell-Skehan. "So we need to bring in new customers from further away. That's why we like radio."

The bulk of Russell's advertising is divided between Boston radio, TV, and online. The majority of the spending will happen between April 15th and June 20th. This is when 65% of their sales occur.

"During the spring, new customers will drive up-to an hour-and-a-half to buy from us. They pull up in their trucks or with their trailers and load up," says Ms. Russell-Skehan.

"Based on these responses, I believe if my voice weren't in our commercials, they would not be as effective. Our commercials don't only inform people about where we are and what we sell; they really show-off our knowledge and personality. That really works."

When asked how long she will continue to advertise on Boston radio station, Ms. Russell-Skehan replies, "until it stops bringing in customers."

"Had we known how effective advertising on Boston radio would be for us, then we would have started doing it much sooner," says Toni Eaton. She is the President and CEO of Old Colony Hospice and Palliative Care based in West Bridgewater, MA.

Old Colony Hospice is a non-profit healthcare organization that provides compassionate end-of-life services to patients throughout 55 cities and towns in Bristol, Plymouth, and Norfolk Counties.

"We began caring for patients in 1979," says Ms. Eaton. "At the beginning, there were just three people who were dedicated to making end-of-life care better for people in our community. Today, our services are provided by 106 employees and 100 volunteers.

"With the help of our advertising on Boston radio, we have been able to significantly increase the number of people we serve."

"We began noticing that more patients were self-referring. When we asked how they learned about us, more often than not, they told us they heard our radio advertising," says Ms. Eaton.

"Not only has radio advertising helped increase the number of patients we care for, but it has also led to people are entering care sooner. This allows us the opportunity to provide the services they need over a longer time."

"Our radio commercials reach a wide range of people," says Kat Kelly, Director of Operations for Old Colony Hospice. "So, oftentimes, it's not always the patient or their family who hears our ads, it's also people who know someone who might benefit from our services."

"We also notice," adds Ms. Kelly, "that when our radio commercials run, we do receive more phone calls. We also see a spike in our website visits."

"When we first started advertising on radio, we had not budgeted for it," says Ms. Eaton. "It has been so successful, though, it is now a staple of our annual outreach plan."