As social media matured from a novelty to part of consumers' daily rituals, some Boston  area small business owners began to experiment with advertising.

By every key advertising metric, though, Boston radio remains the best choice for a small business to market their goods and services. Here's why.

Last week, according to Nielsen, 3,543,709 adult consumers in the Boston area tuned-in to a local radio station.  That is significantly more than logged-on to any social media site over an entire month. 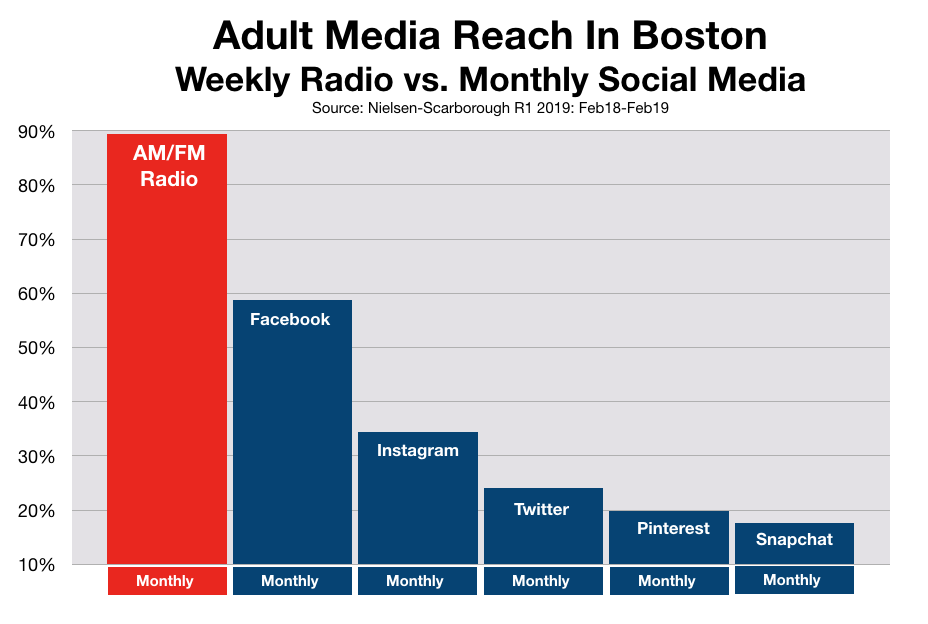 Even among millennials in New England, Boston radio engages more consumers each week than social media sites reach over an entire month. 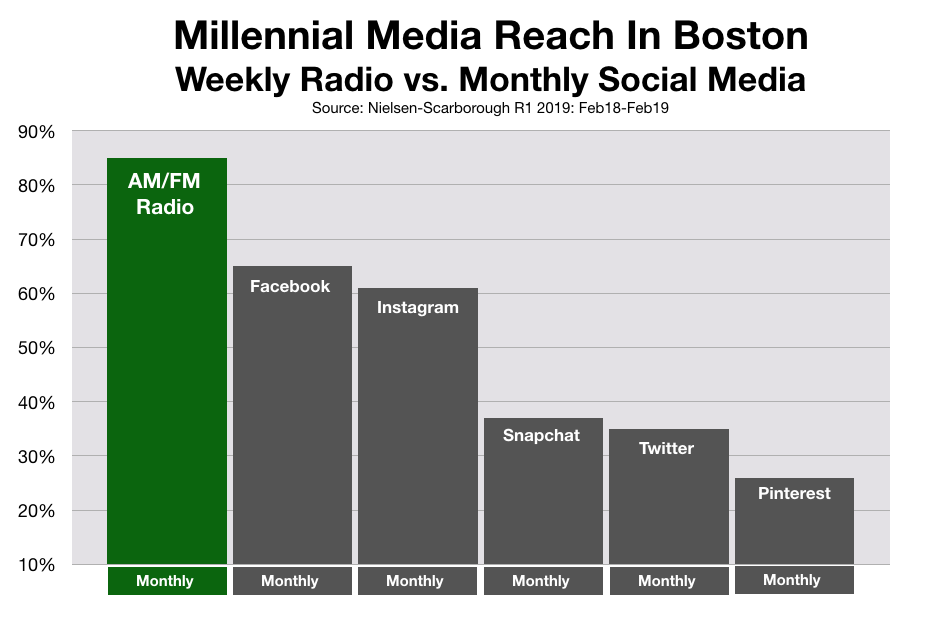 In addition to reach, the amount of time spent with a medium is essential to the success of an advertising campaign. The longer consumers are engaged, the more available they are to hear a marketer's message.

According to Nielsen, adult consumers spend more than 144 minutes a day listening to radio.  The largest social media sites, on the other hand, engage its users for less than 25% of that time, according to eMarketer.

The fact is, 77% percent of Boston area consumers do access their social media accounts during the course of the month. Small business owners, however, do not need to buy social media advertising to reach that audience.

According to Nielsen, 91.4% of all social media users can be reached each week on Boston radio stations. 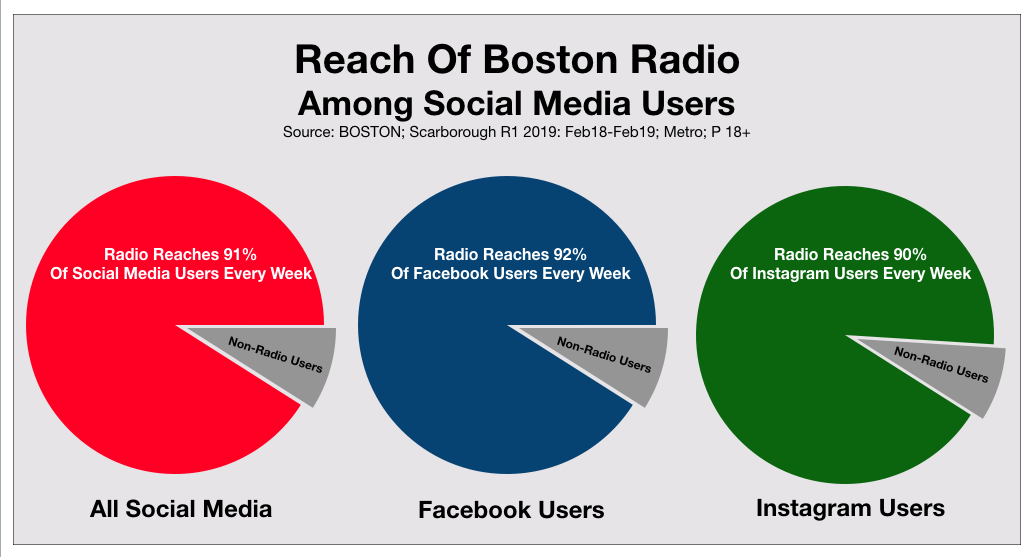 If executed correctly, social media advertising can contribute to the success of a marketing campaign.  When, however, local business owners are limited by budget, the most effective way to advertise is on Boston radio.