Because of its humongous reach, area small business owners advertise on Boston radio to successfully market the products and services they sell.

Many first-time advertisers on Boston radio will ask how many times a consumer needs to hear a commercial before they become a customer.  Often the business owner is told that to be effective, a consumer needs to be exposed to a message three times before they will buy.  Unfortunately, this prescription for a three-time frequency is more myth than substance.

A study by Nielsen provides some data-based insights about effective frequency, But first, here's the origin of the mythological rule of three. 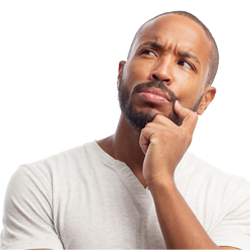 The advertising rule of three is rooted in research conducted in 1890 by Herman Ebbinghaus, a German psychologist.  Dr. Ebbinghaus studied how many rehearsals were necessary for his test subjects to memorize a list of nonsense syllables.  Flash forward to the mid-1960s.

Working from Dr, Ebbinghaus’s findings, Dr. Herman Krugman, a public opinion researcher at General Electric developed a model of effective advertising. He discussed his model in an article published in Public Opinion Quarterly titled, “The Impact of Television Advertising: Learning Without Involvement.”

Dr. Krugman himself was dismissive of the three-exposure rule propagated by advertising practitioners.

“Let me try to explain the special qualities of one, two, and three exposures," said Dr. Krugman. "I stop at three because as you shall see there is no such thing as a fourth exposure psychologically; rather fours, fives, etc., are repeats of the third exposure effect."

“There is a myth in the advertising world that viewers will forget your message if you don’t repeat your advertising often enough", said Dr. Krugman. It is this myth that supports many large advertising expenditures…I would rather say the public comes closer to forgetting nothing they have seen [or heard]. They just put it out of their minds until and unless it has some use . . . and [then] the response to the commercial continues.”

What Is The Right Number

So, the question remains for Boston small business owners: how many times must a radio commercial be heard before it is effective?

Erwin Ephron, often considered to be the father of modern media planning, told Inside Media magazine, “Today serious students of advertising understand there is no formula answer to the effective frequency question. They believe most exposures are reminders so a single exposure, if relevant, can make the sale.”

A study by Nielsen, in fact, does indicate a single exposure to a radio commercial could generate increased sales for a business owner.  The study also indicates, though, higher levels of frequency create an exponentially greater lift to sales.

The study, conducted over a three-month period.in 2016 revealed that a radio advertising campaign conducted by an auto aftermarket retailer delivered $21 in increased sales for every $1 spent on commercials.

According to Westwood One who commissioned the study, Nielsen matched its Portable People Meter panel with credit and debit card spending data in order to compare purchases of those exposed to the radio campaign with consumers who were not exposed. The results continue to demonstrate radio advertising’s jaw-dropping ability to improve a business owner’s bottom line.

The More Frequency, The Better

The chart below suggests Mr. Ephron was correct. Low levels of exposure could, in fact, generate sales. In the Nielsen study, 31% of the retailer's sales lift came from customers who only heard the commercial one or two times.

The biggest lift in sales, though, came from those consumers who heard the commercial seven or more times. Those listeners accounted for 45% of the sales lift.

[How to read above chart: 33% of consumers exposed to the advertising campaign heard the radio commercial 7+ times. These consumers accounted for 45% of the total sales increase.]

This is the bottom line for local business owners who want to know how many times their commercials need to be heard on Boston radio to be effective. As Mr. Ephron stated, low levels of frequency can produce results. But, according to the Nielsen study, seven-plus times seems to deliver the most lucrative results.

There's one thing for sure, though, there is no such thing as a rule of three.