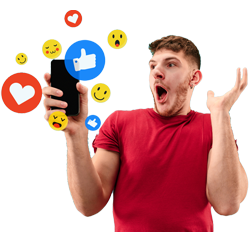 According to CNN, The name change, which was announced by Zuckerberg during the company's virtual reality and augmented reality conference Facebook Connect, aligns with its growing focus on the metaverse, which refers to efforts to combine virtual and augmented reality technologies in a new online realm.

"I've been thinking a lot about our identity as we begin this next chapter. Facebook is one of the most used products in the history of the world," Zuckerberg said on Thursday. "It is an iconic social media brand, but increasingly it just doesn't encompass everything that we do."

The Facebook name change is expected to have little, if any effect, for the platform's users or advertisers.

Elizabeth Dwoskin, a reporter for the Washington Post writes, "For the time being, Facebook’s name change seems aspirational. A company that Zuckerberg launched from a college dorm room 17 years ago has become a conglomerate encompassing WhatsApp, Instagram, Messenger and a nascent payments and hardware business, leading some experts and insiders to say that the company was long overdue for a name change."

"But virtually all of Facebook’s revenue — $29 billion in the third quarter — comes from online advertising produced by the core blue Facebook app, meaning that any transition to virtual reality focused on the sale of hardware would take enormous investment and many years."

So, Boston business owners who buy advertising on Facebook will see few effects from the name change.  Users are expected to continue posting, liking, sharing, and, most importantly, clicking on the advertisements.