Last week, Gordon Borrell, CEO of Borrell Associates, shared insights with Boston small business owners on the value of marketing to consumers during a crisis. A video replay of the teleconference is available by clicking here.

Mr. Borrell is the CEO of Borrell Associates. His company is one of the most trusted sources of trends and forecasts for local media today.

According to Mr. Borrell, despite social distancing and economic jitters induced by the Coronavirus chaos, consumers are still spending money.

He points to research from Ibis that consumer consumption continues in almost every crisis, including depressions, recessions, floods, hurricanes, earthquakes, fires, and, now, pandemic. 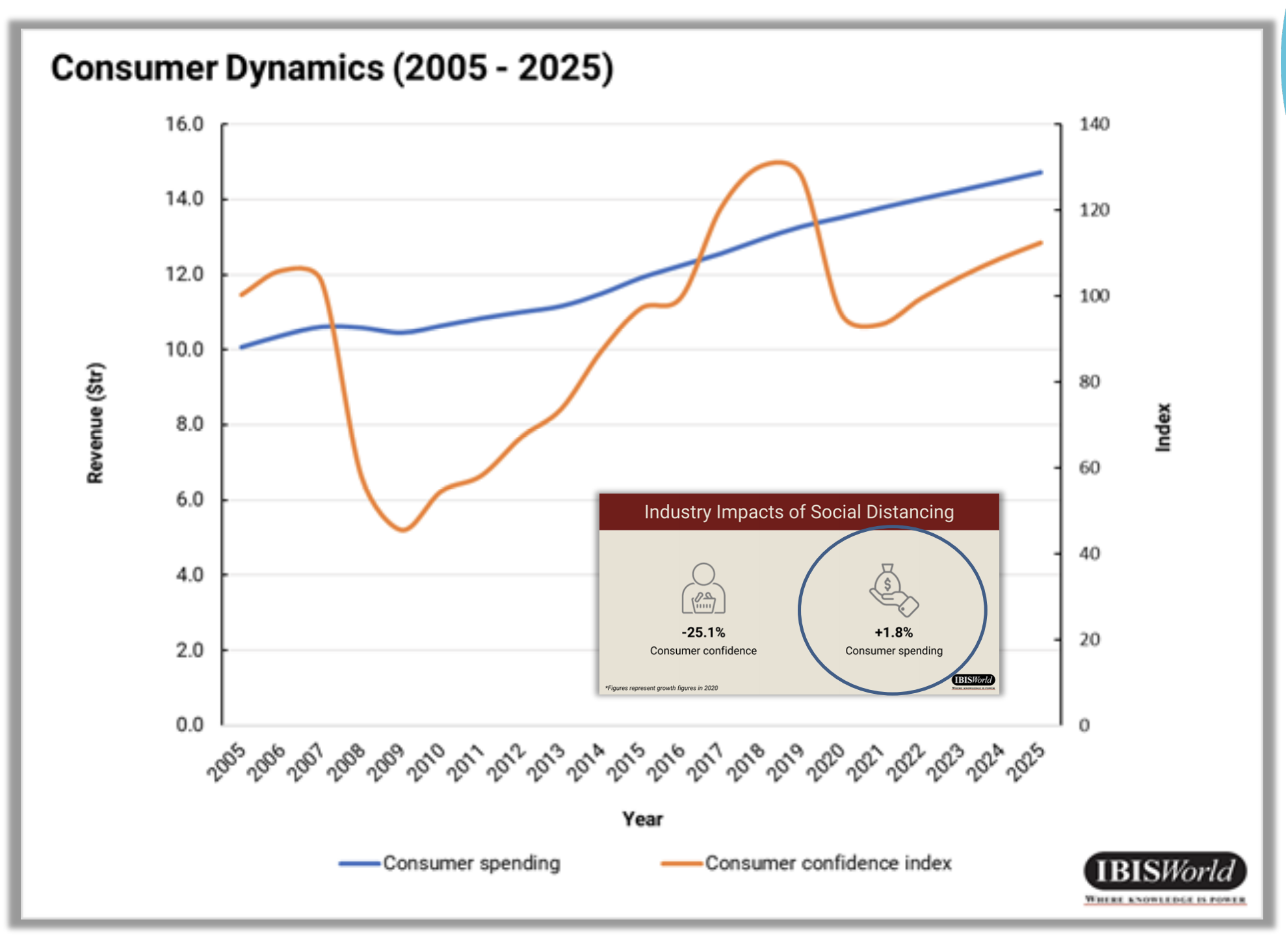 Mr. Borrell contends that business owners who continue to invest in advertising  during periods of crisis are the most likely to survive. "These companies." he says, "often are poised to emerge from the chaos with larger market shares and growth potential.

The best example of how advertising can fend off tough times was shared by The New Yorker magazine financial columnist James Surowiecki.

“In the late nineteen-twenties, two companies, Kellogg and Post, dominated the market for packaged cereal," writes Mr. Surowiecki. "It was still a relatively new market: ready-to-eat cereal had been around for decades, but Americans didn’t see it as a real alternative to oatmeal or cream of wheat until the twenties.”

“So, when the Depression hit, no one knew what would happen to consumer demand. Post did the predictable thing: it reined in expenses and cut back on advertising. But Kellogg doubled its ad budget, moved aggressively into radio advertising, and heavily pushed its new cereal, Rice Krispies. (Snap, Crackle, and Pop first appeared in the thirties.)

“By 1933, even as the economy cratered, Kellogg’s profits had risen almost thirty percent, and it had become what it remains today: the industry’s dominant player.”

The business literature is thick with similar examples.

In a recent article in Forbes, media consultant Brad Adgate explains that "In the 1990-91 recession, Pizza Hut and Taco Bell took advantage of McDonald’s decision to drop its advertising and promotion budget. As a result, Pizza Hut increased sales by 61%, Taco Bell sales grew by 40%, and McDonald’s sales declined by 28%."

"It’s critical to communicate openly with your customers about the status of your operations, what protective measures you’ve implemented, and how they (as customers) will be protected when they visit your business. Promotions may also help incentivize customers who may be reluctant to patronize your business," says the SBA website.

"Marketers use promotions to not only generate sales, but also build lists of customers and potential customers," he says. "Promotions can be free-standing (i.e., promoted only in a merchant’s store window or on the aisle), but are often driven more broadly by advertising in various media channels."

"During a time of crisis, the use of broadcast media surges," says Mr. Borrell. He points to Nielsen that indicates that when consumers are forced to stay at home during economic or natural disasters, media consumption rises by nearly 60%.

Boston radio, in particular, appears to be a primary beneficiary of consumers increase appetite for news and entertainment during the current crisis.

Research company, NuVoodoo, has been tracking daily media habits since the outbreak of Coronavirus. They report, as of March 19, that 32% of consumers say they are using radio more since the crisis began.

Nielsen also conducted a study of consumer media consumption from March 20-22.  They found 83% of adults were spending either the same or more time with radio as a result of Coronavirus. 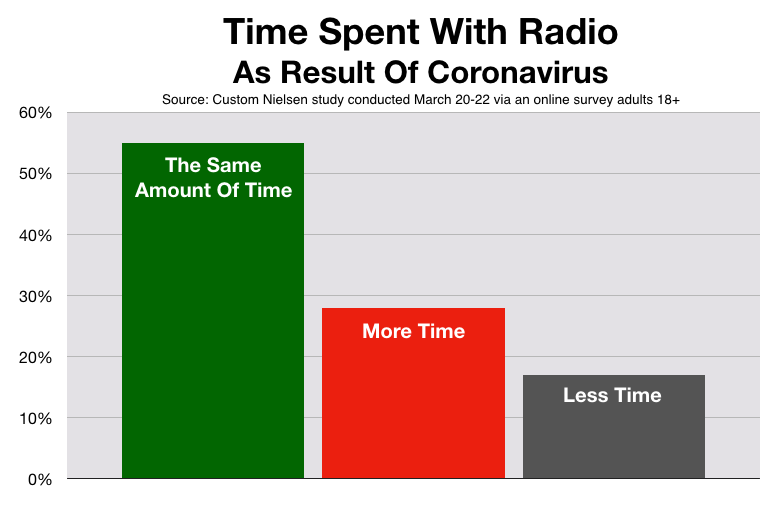 Since the start of the current crisis, Nielsen reports that although most consumers are using the same or more radio, they are listening differently. 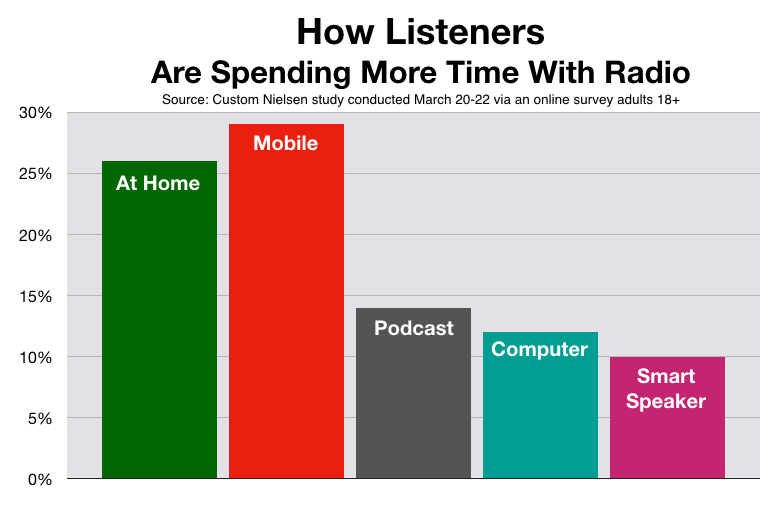 No one knows how long the coronavirus crisis will last. But it is inevitable that New England small business owners who can keep their heads while others around them lose theirs will emerge better positioned for continued success.

The bottom line is that those who are willing to take some risk will always find there are more opportunities than obstacles. Hide from risk, and you hide from its rewards.

Investing in advertising during a crisis is a risk worth taking.